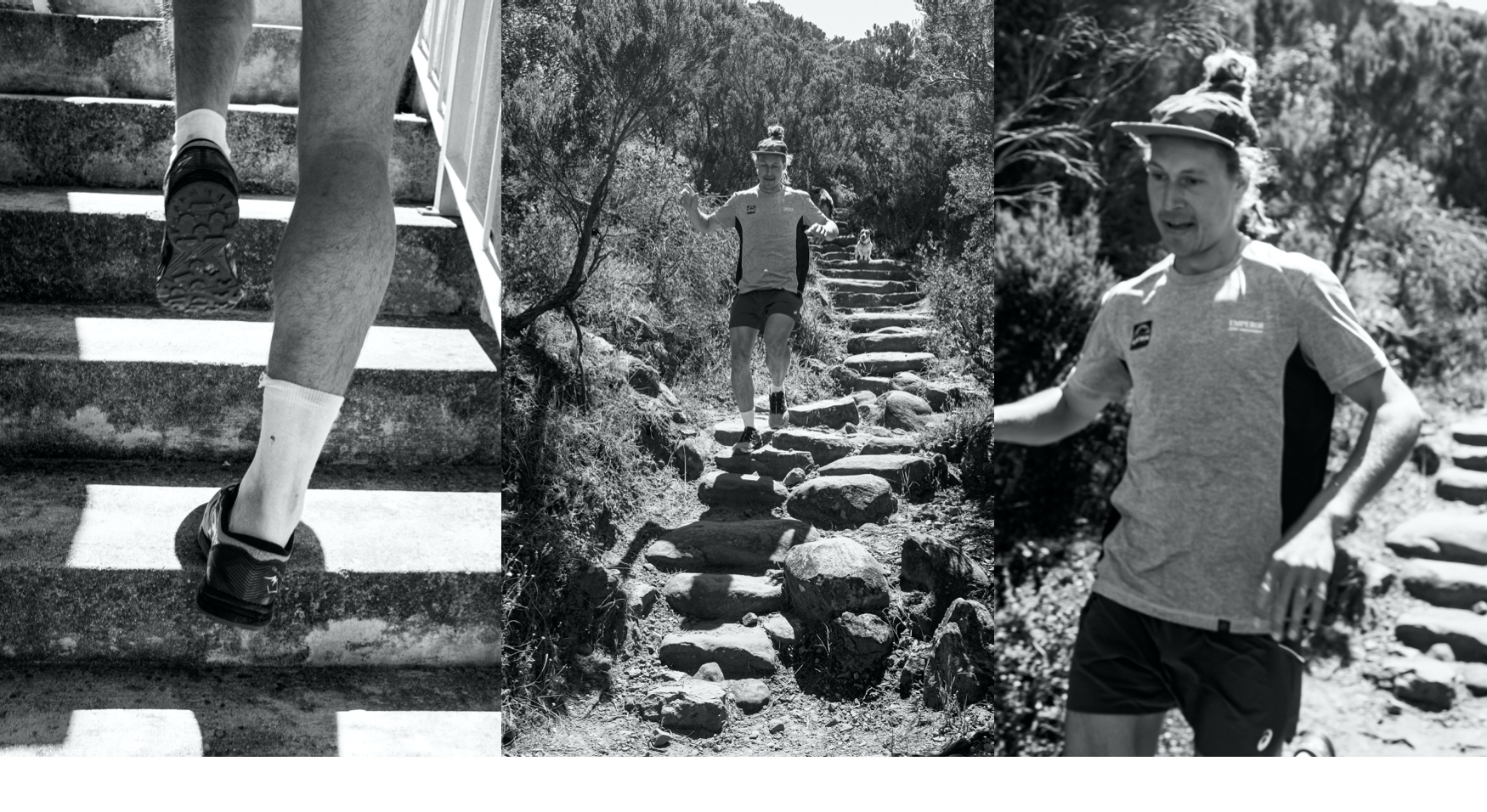 Artletics – the Art of Robert Rorich

When Robert Rorich is not muddying his shoes on the trails, he is digging his hands into a mixture of clay. His art and athletic career have crossed paths and merged, as Rorich’s outdoor training grounds have become his muse.

Rorich believes, “we all create in every moment, that’s the nature of our being,” a sentiment which he channels into both art and training. From the moment he could draw his bedroom walls were littered with his artworks. It was in high school that his fascination with the process of creating began; exploring the medium of sculpting really allowed him to bring to life the essence of the process. Although his younger years paved a path towards artistry, Rorich enrolled his talents in the department of engineering; and it was through this academic avenue that Rorich’s true and first exploration of being an artist transpired. Having felt rather “disillusioned with the engineering curriculum,” Rorich shared he was lucky to take a year off, halfway through his degree. Pressing-pause on his studies, he returned to the drawing board, and when plunging his hands into his mixture of moulding-mediums – blends of micro-wax, terra-cotta powder and some vaseline – Rorich shaped, carved and cast his identity as an artist. While he eventually returned to finish his degree, this interlude period later evolved and earned Rorich his reputation as a Cape Town based sculptor.

Rorich shared that the process of “bringing his sculptures into being,” includes lots of sketches and drawing studies, making armature versions from wire and wood which he later adds clay to. Admitting that while he experiments regularly, his true influences come from nature. The “theme of connecting to nature is huge and underlying, the love of motion, and love of life too,” are signature to Rorich’s style and work. Growing up in Mpumalanga, Rorich often joined his dad on farm runs; a free-flowing sport which he carried, alongside his passion for art, when packing up to move to Cape Town in 2014 to study.

While Rorich only found the trails 5-years ago, he holds many race titles to his name as an ASICS sponsored athlete. The backside of his home-based studio opens onto the trails of Silvermine and proves the perfect training ground. Running to scenes of rising summits across the horizon, framed by the thicket of fynbos, alongside four-pawed-pals and other trail-runners, with dreads blowing in the wind, surrounded by peppery smells of the flowering and changing of seasons; Rorich shared that his running is a deep connection to joy and truly a way of being.

Not only did Rorich stand at Cape Town Trail Marathon’s first-ever and inaugural race’s start-line, and trailed his way across the Table Mountain range through a challenging heat; but, he congratulated the first-place finishers with his standing trophies, sculptures of the King Protea. To Rorich, racing is a space where he puts everything into running, “full-on” and the Cape Town Trail Marathon was of particular importance, as “it’s not always the artist’s place to participate in what they make art for.” Rorich professed that “it was just so fabulous to sculpt a Protea,” and so equally poignant; as this indigenous flower not only symbolises the roots of the proteas which scatter the Western province trails but remind each runner to bloom and rise again.