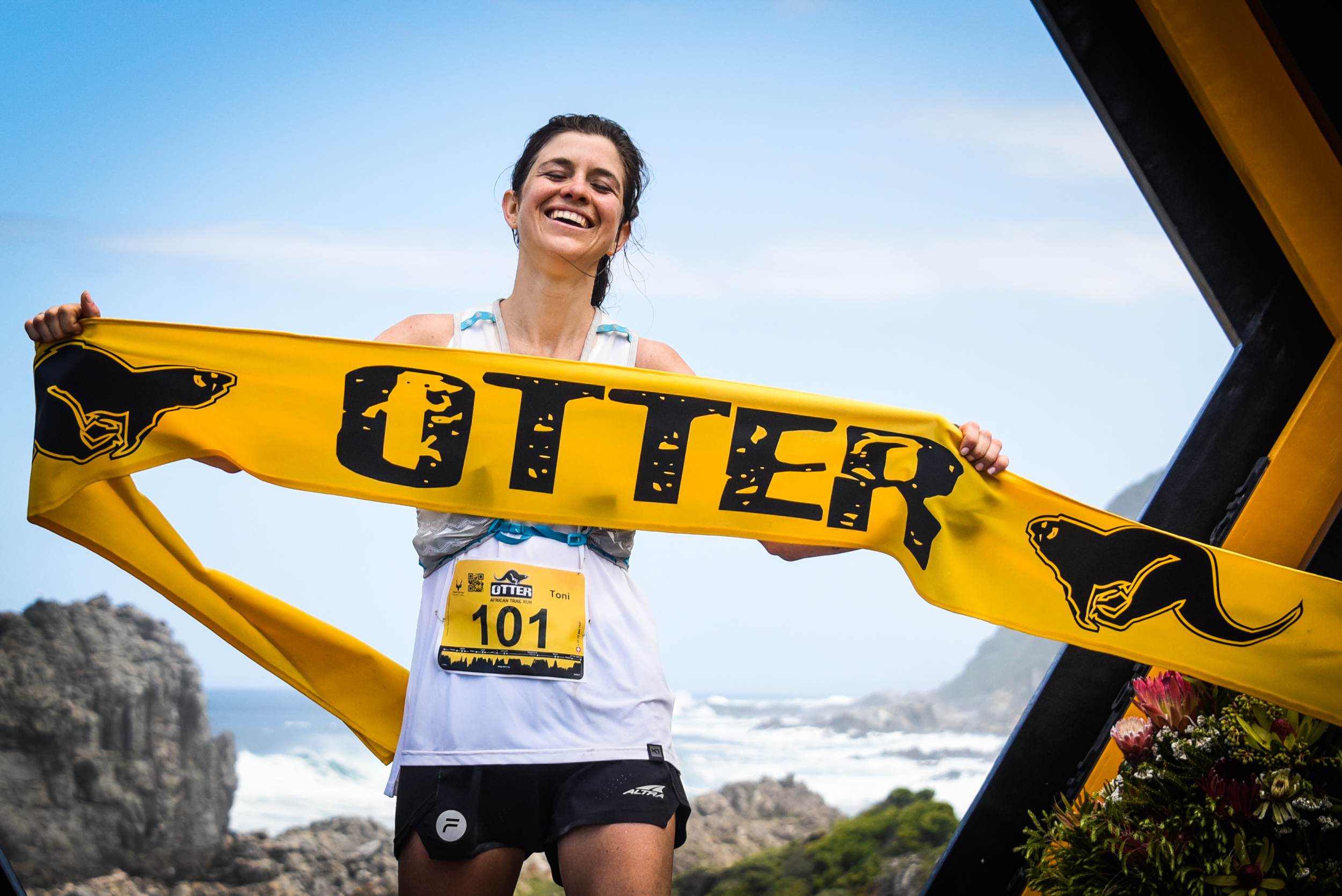 Though she’s been naturally talented at sport her whole life, Toni only started running professionally roughly three years ago.

“I used to be super competitive in cross country running but I also played hockey, netball, cricket and soft ball – I basically played all sports as a kid! When I hit high school however I stopped running altogether because that competitive nature in me made me extremely anxious. I decided to put my energy into team sports instead and I focussed mainly on hockey,” recalls Toni.

“I did my first serious run in 2015 when a friend convinced me to do the Two Oceans Half Marathon with her. I didn’t really train for it but I absolutely loved it. A bonus was that I ran it in less than two hours – which is apparently not bad for someone who’s never run a half marathon before!” she laughs.

“Because I enjoyed it so much, I decided to start running more frequently… and by ‘frequently’ I mean roughly three times a week instead of once or twice a week. I never did more than five or eight kilometres at that point,” she says.

“Around that time I started my honours degree in nutrition and dietetics and I guess the idea of a healthy lifestyle incorporated food and being active. I think we naturally tend to do more of what we love.”

At the end of 2017 Toni was approached for the first time by someone who wanted to coach her. The way it happened caught her completely off guard: “I entered the Roi du Mont Rochelle race on the basis of having done two half marathons on road. I reckoned I’d easily be able to do 25km on trail, without realising the amount of climbing it would involve as well as the  technicality of this trail. I had no clue what I was getting myself into! However, I somehow managed to win that race in the end where I was approached by a coach with whom I started training in 2018. I guess the rest is history,” she says.

“I think there’s something special about each trail, whether it’s on a jeep track or on top of Table Mountain where it’s just you and the fynbos. Simply being in nature is in itself meditative and healing.”

The 2018 Otter was Toni’s first big race where she performed exceptionally well. “The Otter was actually the platform that allowed me to go race overseas for the first time in 2019.”

“I’m extremely excited to run the 2020 Otter. I cannot wait to go back to one of my absolute favourite trails. It showcases so much of the beauty that South Africa has to offer, encompassing incredible trails next to the ocean but also within mountainous areas. Another thing I love about the Otter Trail is the community. Everyone is there to support each other and simply to enjoy the trails. It’s such a wholesome experience and there is something for everyone.

“I’ve made some of my closest friends through the running community and it’s one of the biggest reasons why I run and compete – for that sense of community. It’s so great because not only are they inspiring people who are always excited about life and keen for adventure, but they are also interested in the environment and sustainability. That’s something I’m really passionate about that’s been birthed out of my love for running. I think when you experience the mountains in such a natural and raw way, you can’t not love it and want to protect it. Through running I’ve become way more environmentally conscious and made a lot of lifestyle changes accordingly.

“What also excites me is the opportunities that are available in sustainability through running and running events in particular. I think events are a great platform to create awareness and environmental consciousness. That’s what I love so much about Faces. Everything they do has to be socially and environmentally conscious – it has to benefit the community and the environment otherwise it’s simply not worth it. It’s something I completely back and why I’m so honoured to be part of the Faces team,” she says.