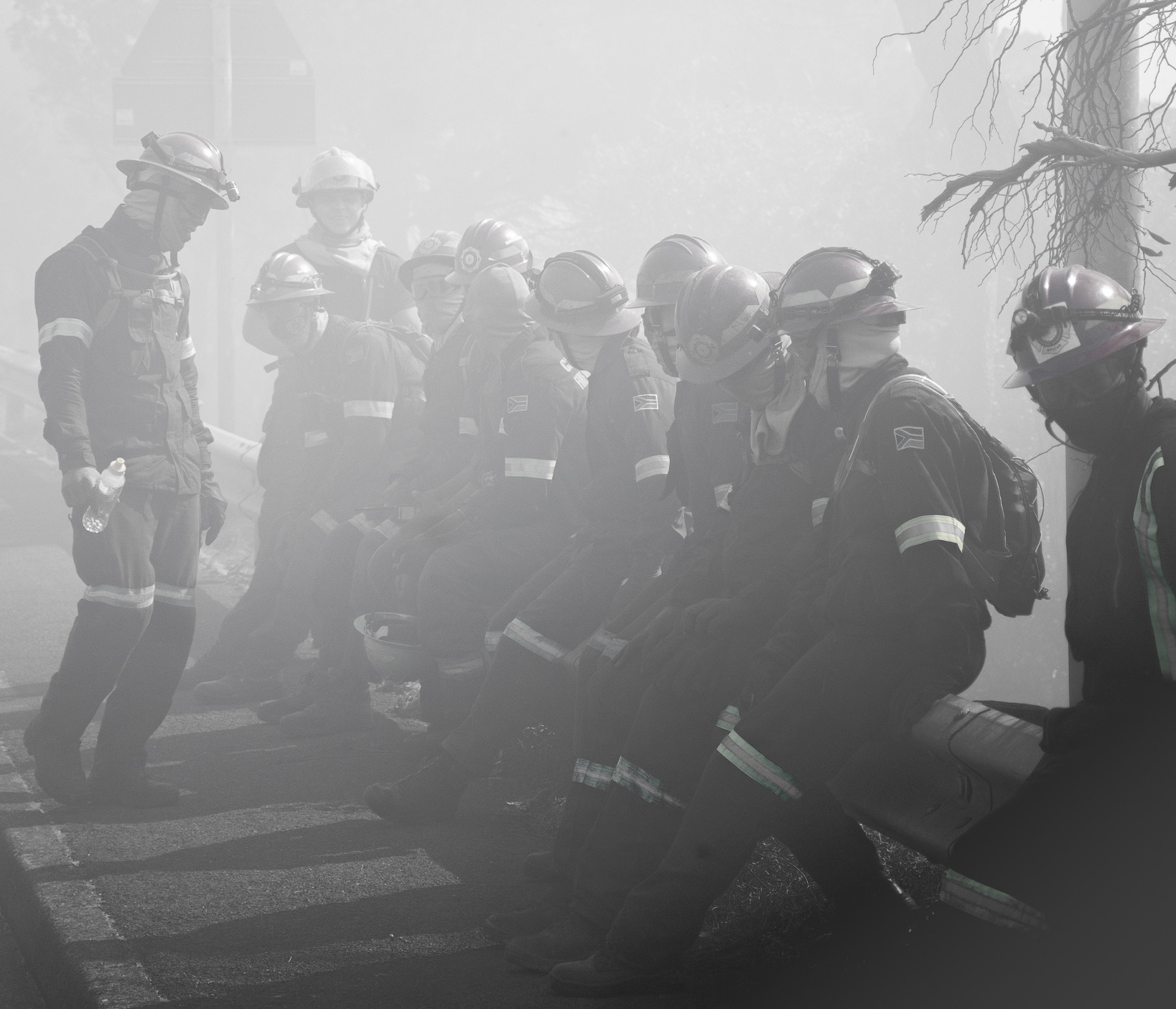 With the recent Cape Town fires still smouldering up an ashy aftermath – its devastation is real and raw to witness – historic buildings that “held our precious ancient African histories and languages, that housed our cultural and intellectual inheritance” burnt, taking with it a history collected, published and a heritage preserved for over 160 years. The fire raged over 600 hectares (1,482 acres) of some of the world’s most biodiverse vegetation, ravaging its way through uncontrolled and overgrown invasive species that towered over fynbos, provoked with increased fuel loads (of alien vegetation), aided by high winds, hot temperatures and our failure to maintain the necessary fynbos fire regimes of 12-15 year intervals. While accountability and new measures are quickly being introduced to prevent the risk of future fires, it’s our band of heroic firefighters, that tirelessly battle the oftentimes uncontrollable blaze, exhausted under the casing of boiling uniforms, their job is to tame the wildest most ferocious animal, fire.

I chatted to James Reaper, a part-time firefighter with VWS (Volunteer Wildlife Services) about the fire; his involvement, the community and the aftermath and effect on him. James has a vested interest in Table Mountain, as an avid trailer who has completed many over-the-mountain races, hikes and nature ambles, he is passionate about its preservation.

This is what he shared. In the last several years James has fought two fire sessions in and about the area, and this by far, in terms of intensity was the worst fire he’s had to control – the wind-shift and flames were something he’d never experienced before. Adding, that many of the most experienced firefighters shared the same sentiments.

The callout came on Sunday morning as the fire was taking hold of Rhodes Memorial, parts of UCT and the surrounding mountainside. James responded quickly, realising immediately it was going to be a difficult fire to fight. He casually throws in that he just returned from a hike up Platteklip Gorge before he got the call (which he was expecting). Sunday saw him battling the fires into the night; above Mostert’s Mill (game park area), pushed back to the road and then re-deployed to the presidential estate (to protect the historical house and garden). Describing it as physically demanding with gruelling extreme temperatures well into the 30s.

Sentiments and scenes from the day that James walked away with –

The M3 which is usually backed up with traffic stood empty; it was post-apocalyptic, a smokey, abandoned highway. Approaching Mostert’s Mill and seeing that it had burnt to a crisp was surreal and devastating. Wild-land helicopters fighting urban structural fires was a first for him. Witnessing a Cape Town Fire and Rescue firefighter walk out of the flames, badly injured, treating him and calling for medical assistance has taken a while to process and been a difficult one to come to terms with. James shared the injured firefighter’s status is unconfirmed. Getting back to base and seeing all the community donations was incredible, overflowing bags of much-needed snacks and supplies; everything they needed, people had provided. “To see all the support and feel all that love was truly incredible – that for me,” James says, “stands out as one of the highlights in a night of the raging fire.”

James talks candidly about the emotional side of the aftermath of a fire, adding that “VWS is very supportive and has a counsellor service available – from a mental health perspective, they have been incredible and really supportive.”

While fighting the fires on Monday’s shift, James stumbled onto familiar grounds – the contour path between Tafelberg and Devils Peak. He stopped for a moment, recognising the trail, he checked his map, and sure enough, it was the trail he knew – completely burnt. A weird one, as he knew the track and trail well, having run it often, “it was tough to see the fynbos and vegetation burnt out.”

From a rehabilitation point, James said he has avoided this new burnt and barren landscape and has not yet stepped onto the trails since they burnt. At the same time fynbos needs to burn, “its life cycle begins the moment the flames have died down,” it recovers and while it is burnt and barren, there is hope and regrowth.

James ends our chat stressing that “Fire is everyone’s fight and we must all be accountable for our own actions – It’s the unintentional cigarette butt out the car window, the mismanagement of alien vegetation, and arson, which set our mountains aflame, and everyone must do their part in preventing these scenes.”

While we all have to play our part as fire tamers, we understand and find solace in the devastation of fire; knowing that amidst the burning flames, hope ignites and a fiery-blazing plan for nature is planted.

For more information on how to get involved, visit VWS (Volunteer Wildlife Services) https://vws.org.za/.