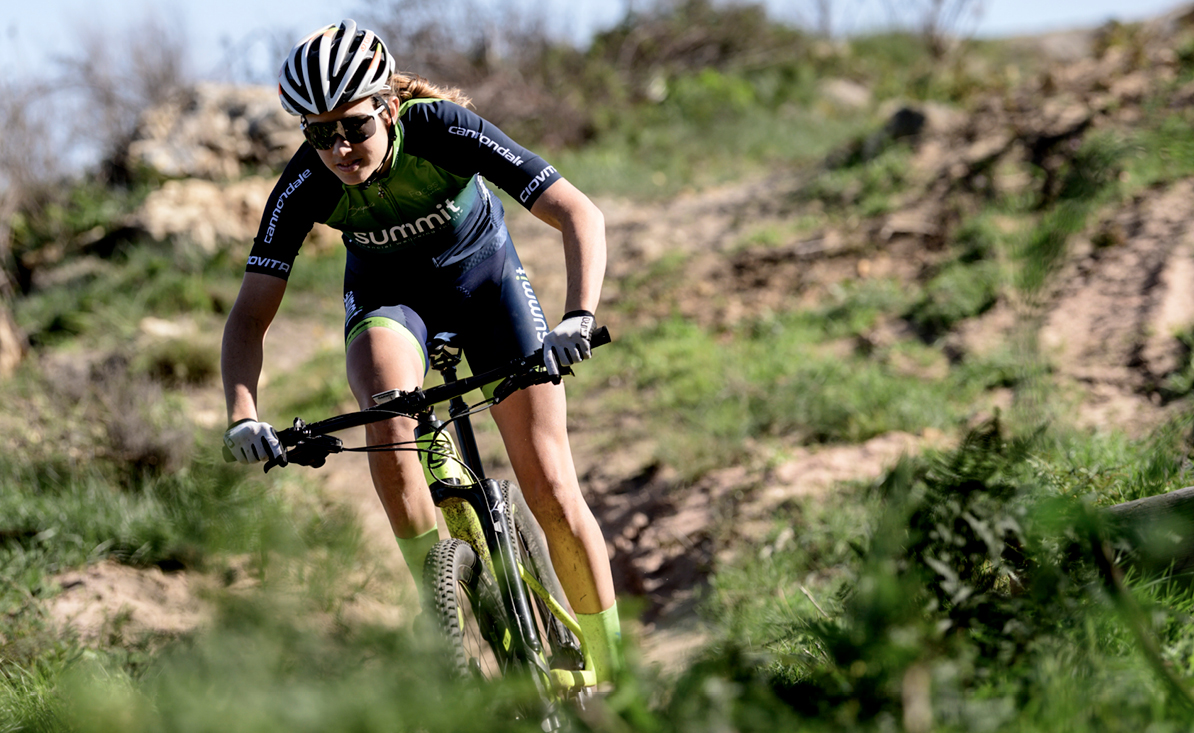 Candice Lill was born and raised on a farm in Port Shepstone, KwaZulu-Natal, which served as the idyllic training ground for her freedom, fearlessness, and love for off-road biking. From a young age, Lill was motivated by the muddied and dusty farm roads and single tracks that wound around Lake Eland game reserve. She was driven by her inherent athleticism and emboldened by many blistered feet, gravel-scrapped elbows and jeep-track falls, only to dust herself off in the cool of a farm dam.

Already a passionate sportswoman, the turning point for Lill came in 2004, where she found herself watching the Olympic games – transfixed by the athletes and their sporting prowess, she taped, watched, rewound, and reviewed their performance over and over again. She was hooked and quickly channelled her burning desire to become a professional athlete by converting their family farm into her Olympic fields, and her family members into competing Olympians. Lill shared, that while her parents never pressured her to pursue her sport-dreams, they supported her throughout every blowout, every wipeout, every puncture, and every fall. She reminisces, that at the age of only 3, she challenged her dad to a bike ride (an astonishingly 22km) cheering him on as they peddled and pushed their way over and through the Oribi Gorge trails – it’s obvious that riding has been at the heart of who and what she is, an intrinsic and integral part of her DNA.

In high school, following her bronze medal at the World Cross Country MTB Championships, Lill changed gears and focused solely on riding, specifically, mountain-biking; where she rose steadily to the top of her league. Claiming a foothold on the podiums, she became a fixture in the first place mountain biking scene. Her national wins include; several first place titles at the National MTB series races, first place SA XCO Championships, SA MTB XCO Cup Series, the Cape Town Cycle Tour MTB Challenge, and the Tankwa Trek, as well as a special women’s jersey in the Cape Epic (the first-ever wearers of the jersey). Lill started this year strong, with first place at the SA National Road Championships (completing the women’s 30km time trial course in 47:04.42), the Pursuit Challenge, and SA XCO Cup Round 1 and is continuously gaining ground.

She is ready to take on the international ‘track’ this year and is looking forward to sitting proudly atop her bike in full South African colours, representing her nation; whose trails have shaped and formed her into the athlete she is today. A country that has taught her not to shy away from fear, but rather to ride alongside it, to harness it and use it as a motivator. Lill talks candidly about fear, and overcoming both mental and physical pain – dealing with fear; fear of a course or race, or practising intermitting obstacles – fear, it seems is a constant companion, but conquering it she says is all that counts, its thrust you forward, incentivising you to achieve more the next time around. She adds that learning to manipulate mental and physical pain is part of the journey, it forces you to push harder, and just when you think you have reached your limit, you realise you are limitless. She gracefully acknowledges the “selfishness” of her sporting career, divulging that alongside the many sacrifices she makes, her supporters (family members and her husband, Darren Lill) constantly make them too.

While Candice Lill is riding fast towards her international dreams, she says a “home ride, is always the best ride,” as we are spoilt for choice, both on-road and mountain top, and with the richness and variety of our South Africa courses – from Stellenbosch’ single-tracks, Wellington’s jeep tracks, the muddy paths of KwaZulu-Natal which run deep through her veins, to the slow, long-rides along Cape Town’s contour paths, or her personal favourite, an afternoon-ride, chasing the final hours of climbing sunlight up Chapman’s peak. While her aspirations of an Olympic medal goal awaits, Lill is excited is to take part in the highly competitive 2021 international circuit – and while “it’s not easy being a South African athlete in this sport, and the challenges are real, from; visa’s, experience, costs, Covid-19 and more,” she’s warmed up and ready for the race of her life.

Lill ends this trip with a sentiment close to her heart, “riding transports you to childlike freedom of fun and play. The simplicity of the wind in her face wipes away the stresses of life.”