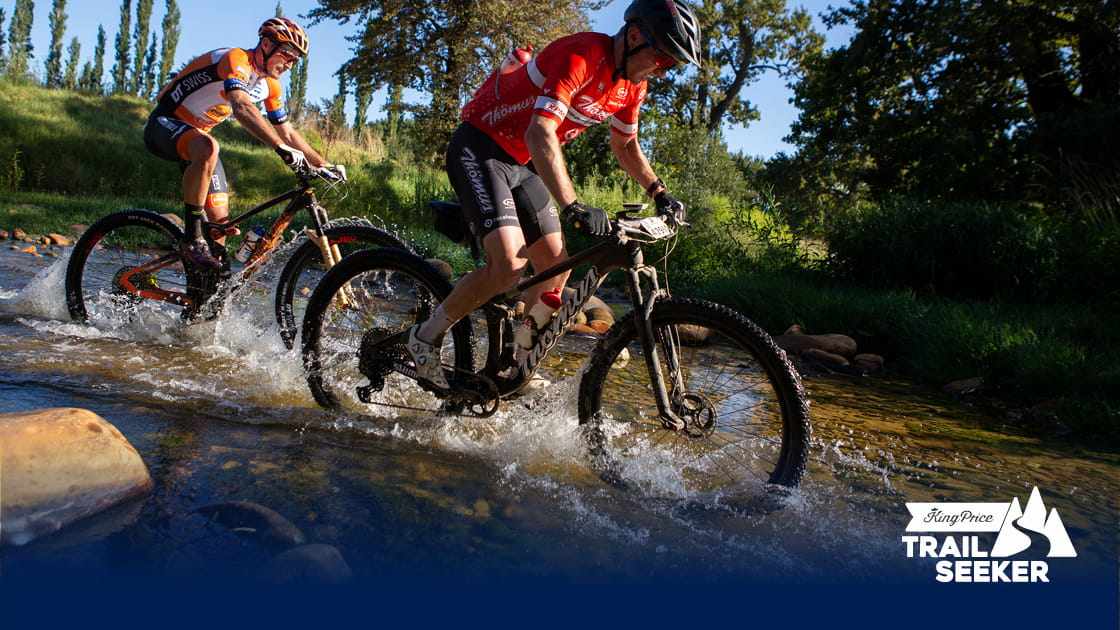 Leading insurer, King Price, has increased its investment in mountain biking by taking on the title sponsorship of some of South Africa’s premier mountain bike events.

‘Cycling is a growing sport in South Africa, and we’re extremely excited to be part of these events and to support this expansion,’ says King Price’s Wynand van Vuuren. ‘Through this partnership with Faces (the sporting events company formerly known as Advendurance) we’ll be staging world-class mountain biking events right here in South Africa. Faces is known for spoiling their participants and this fits perfectly with our kingdom’s value of delivering royal service.’

Race to the Sun and Race to the Sea both cover around 165km in a point-to-point format over mostly gravel roads, with Race to the Sun taking participants from the picturesque Hartbeespoort Dam, to tourist-favourite Sun City. And if that stellar scenery isn’t enough, cyclists can take on the Race to the Sea (30 January 2021) where they’ll get to ride from picture-perfect Franschhoek to postcard-ready Hermanus in the Western Cape.

While Cullinan 2 Tonteldoos started out as a social riding challenge in 2015, it’s now 1 of the country’s most popular mountain bike challenges. It starts in Cullinan, north-west of Pretoria and finishes at Tonteldoos, a small settlement in the Mpumalanga Highlands near Dullstroom, using mostly non-technical gravel roads. The event starts in the late afternoon, which means that riders must ride through the night, only to see the sunrise in a vastly different landscape. This year’s event is due to take place on 6 – 7 November and is almost sold out already.

King Price’s sponsorship comes at a time of renewed interest in races, as no events have been permitted in South Africa for the past 6 months, due to the government’s lockdown in response to the COVID-19 pandemic.

Former sponsor, Nissan, backed the Trailseeker Series since its inception in 2009. The series was initially based in Gauteng, but has since expanded to include events in the Western Cape. With over 15,000 entrants annually, it’s the largest mountain bike race series in South Africa, and probably the world.

‘We’ve had an amazing partnership with Nissan, which has been our longest-running sponsor of any of our properties,’ said Fritz Pienaar, Managing Director of Faces. ‘While their support has enabled us to expand on the heightened interest we’re seeing in the cycling community, we’re extremely excited to collaborate with King Price,’ said Fritz.

Van Vuuren shares the excitement: ‘We’re honoured to be part of this series of events. So many of our own staff members take part in these challenges and rely on our R1 bicycle insurance to cover them for any accidents and oepsies on the track, so it’s exciting to now be involved more formally as well. We can’t wait to get started and see everyone out there!’

To enter, or for more information on the events mentioned, follow these links:

Artletics – the Art of Robert Rorich

No Mountain too Big for Toni McCann